The current scenario all around the globe is tasking. India has also been on lockdown since the third week of March. This allows us all to turn back to television and web-series. We as adults have so much to do when it comes to countering boredom.

As kids it is difficult to choose, you don’t want to expose them to media which is violent or the one that doesn’t help them being a good human. The right influence can make them strong with modest values. This also makes it a bigger task to choose activities that will benefit the kids.

This is when ZEE5 comes to the rescue. Recently, Zee Group’s over-the-top (OTT) platform, announced the launch of ZEE5 Kids, an offering exclusively for children, providing more than 4,000 hours of entertainment content. It is available free for users.

The platform definitely makes life easier because you have so much to choose for the kids. Not only that it is completely packed by powerful and mesmerizing storylines. It encompasses varied genres, languages, formats, and age-group based curations for kids.

The advantage of language is of help to the kids. They can choose to watch their favorite characters in the language of their choice. ZEE5 Kids offer a library spread across multiple languages like Hindi, English, Marathi, Tamil, Kannada, Telugu, Bengali, Malayalam and Bhojpuri. This definitely makes it a #NonStopBachFUN

The collaboration by ZEE5 with leading production houses like Lionsgate and Cosmos Maya gives kids the freedom to choose from top class-exclusive shows & movies. Beyond this, every kid has their own taste of entertainment exactly like the way we as adults do. ZEE5 has something for every child on the block – right from action and adventure to drama, comedy, mythology, inspiration, superhero, fantasy & DIY. ZEE5 has shown across 9 languages and varied formats like live-action, animation, fiction, Reality shows, etc.

In other words, ZEE5 is a complete family entertainer. With the launch of ZEE5 Kids, ZEE5 is now the OTT destination for the entire family as parents can spend quality time with their children and ensure that their little ones are entertained as well as engaged.

Now that you know about the ZEE5 Kids, let me share the Top 10 Kids Movies your kids can watch. 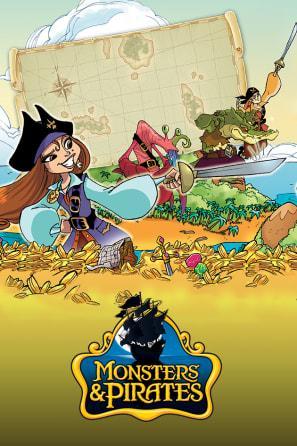 – It is an enchanting adventure in the seas of fantasy, searching for the legendary treasure of Captain Barracuda, in which friendship and courage triumph.

– It is sure to be the most extraordinary and unforgettable tournament ever played in the whole wide world! On each team are animals typical of the nations they represent.

– When Cinderella’s dream of attending the Royal Ball and meeting the Grand Duke is hindered by her cruel stepmother, she gets some astounding help from her Fairy Godmother. A legendary watch that should not be missed.

– Mahabharat is a 2013 Hindi animated mythological drama film based on the epic Mahabharata. Amitabh Bachchan, Ajay Devgn, Vidya Balan, Sunny Deol, Anil Kapoor, Jackie Shroff and Manoj Bajpayee have lent their voices to the lead characters in the film.

– Young Robert Huntington, the future Robin Hood, flees the lotus flower of flames, and together with Will and his sisters, Winifred and Barbara, take refuge in Sherwood Forest, where he meets Friar Tuck and Little John, the leader of a band of young outlaws. 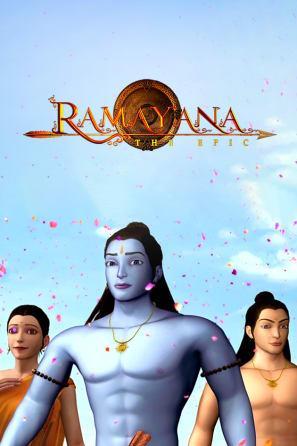 – Lord Rama, son of King Dashrath was sent into exile for 12 years. He was accompanied by his wife Sita and his brother Laxman, but she was deceitfully kidnapped by Ravana, The King of Lanka. Thus, a might war takes place between Ram & Ravana. Later, Hanuman, a worshiper of ram, also joins him with his monkey warriors. Will Sita be saved by Ram? Watch this epic story to find out.

– This story is set in a fictional Kingdom of Agrabad which is ruled by King Suryapratap. A powerful magician Vinashak appears in the Palace and asks Princess Leela (elder daughter of King Suryapratap) to marry him. When Princess Leela refuses, Vinashak gets furious and magically turns Princess Leela into stone.Hatim and his team travel to the forbidden forest to defeat Vinashak. There Hatim has to defeat seven monsters with different magical powers to complete his quest. Can Hatim and his friends be able to defeat Vinashak and his underling and break the evil spell

– They have multiple adventure stories; the homeward journey is one of the favorites. It is about when Logger Vick begins chopping down all the trees to get money to go home for the holidays. However, the forest animals use a trick to save their land.

– An alien warrior princess was hiding inside a massive lotus flower, but accidentally gets exposed by Krishna-Balaram. The princess’s enemies spot her, but the duo fights them and protects the princes.

– When Fairy World residents were in trouble, they usually turned to the Ready-To-Help Office for help where GG Bond, Sophie, and Daddy had been on the go all day to deal with all sorts of trifles. But sometimes they had to cope with the unfair competition from Super Help sponsored by Super Q and Bobby. GG Bond accidentally got a treasure which had been actually stolen from Giant Island by robber Jack. To get the treasure back, Jack played some tricks which dragged them all into a dangerous journey. Watch the full story on ZEE5 Kids.

Do comment which show did your children liked from the list above. If you have some other suggestions do comment. For many such blogs do visit this space.

World post COVID – an opportunity for new paradigms of leadership

Hack into [Money] Making with these secrets

In a candid discussion with Radhika Lavu, filmmaker of Gods of Dharmapuri (G.O.D)

ABHAY SEASON 2 REVIEW: The thrilling season 2 of Abhay is set to entertain you on ZEE5